In our first year, we formed groups and got the assignment to either create a game or a security application with lego nxt. We chose to create a game.

I instantly wanted to build a multi-player pinball machine, one that would allow for simultaneous play and thereby add a strong social aspect to a game of pinball.

After a brainstorm session to generate alternate ideas, we voted and my idea for the pinball machine came out on top.

We were very passionate and in about 5 weeks we had finished a working prototype. We received the highest marks for game design, won the school project event and were invited to participate in the first ever Ictalent awards (2013). We built a second prototype and won the public award. After some networking we were offered a stand at the Dutch Technology Week (2013) and had a lot of fun seeing people enjoy our product. 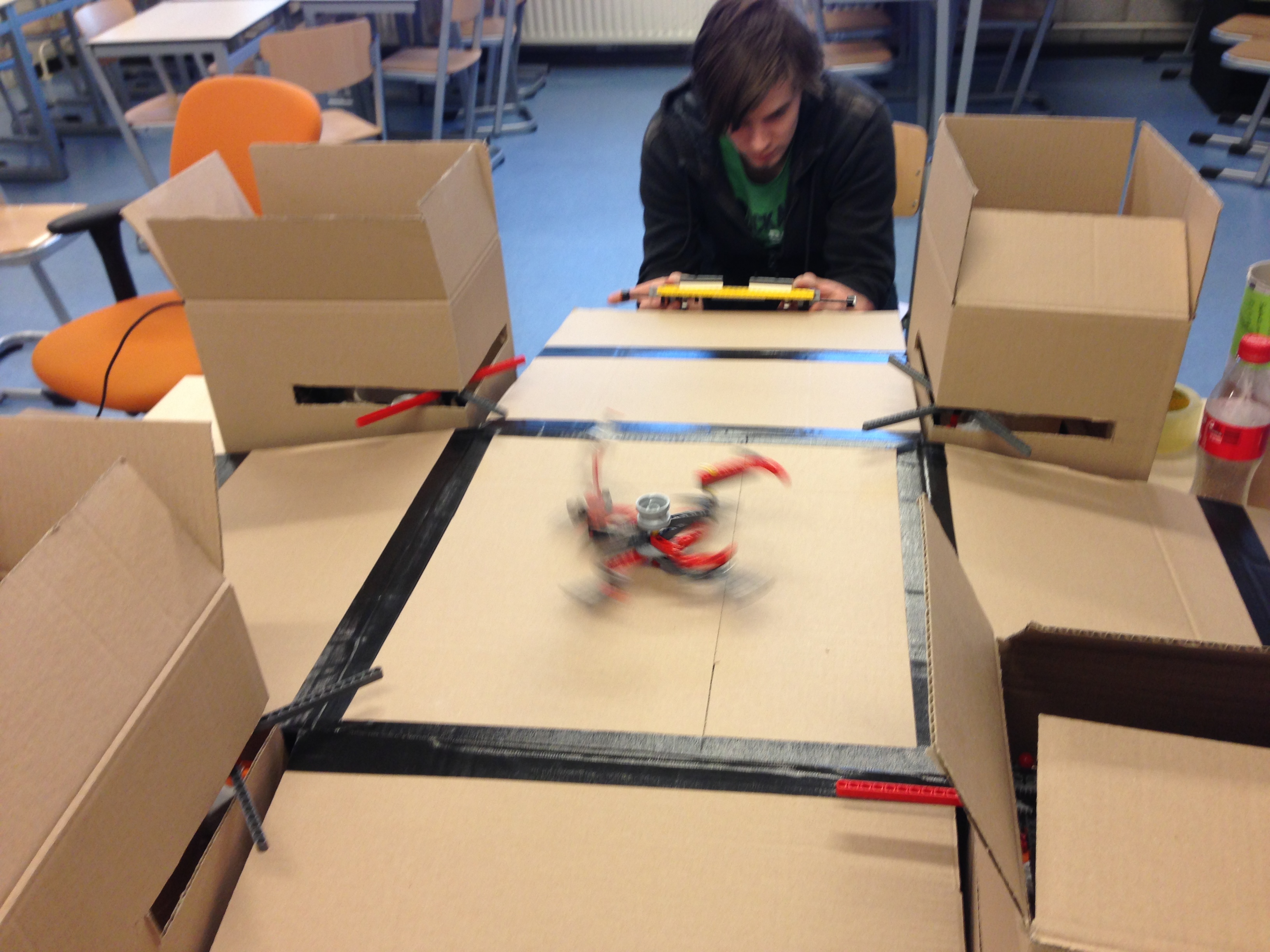 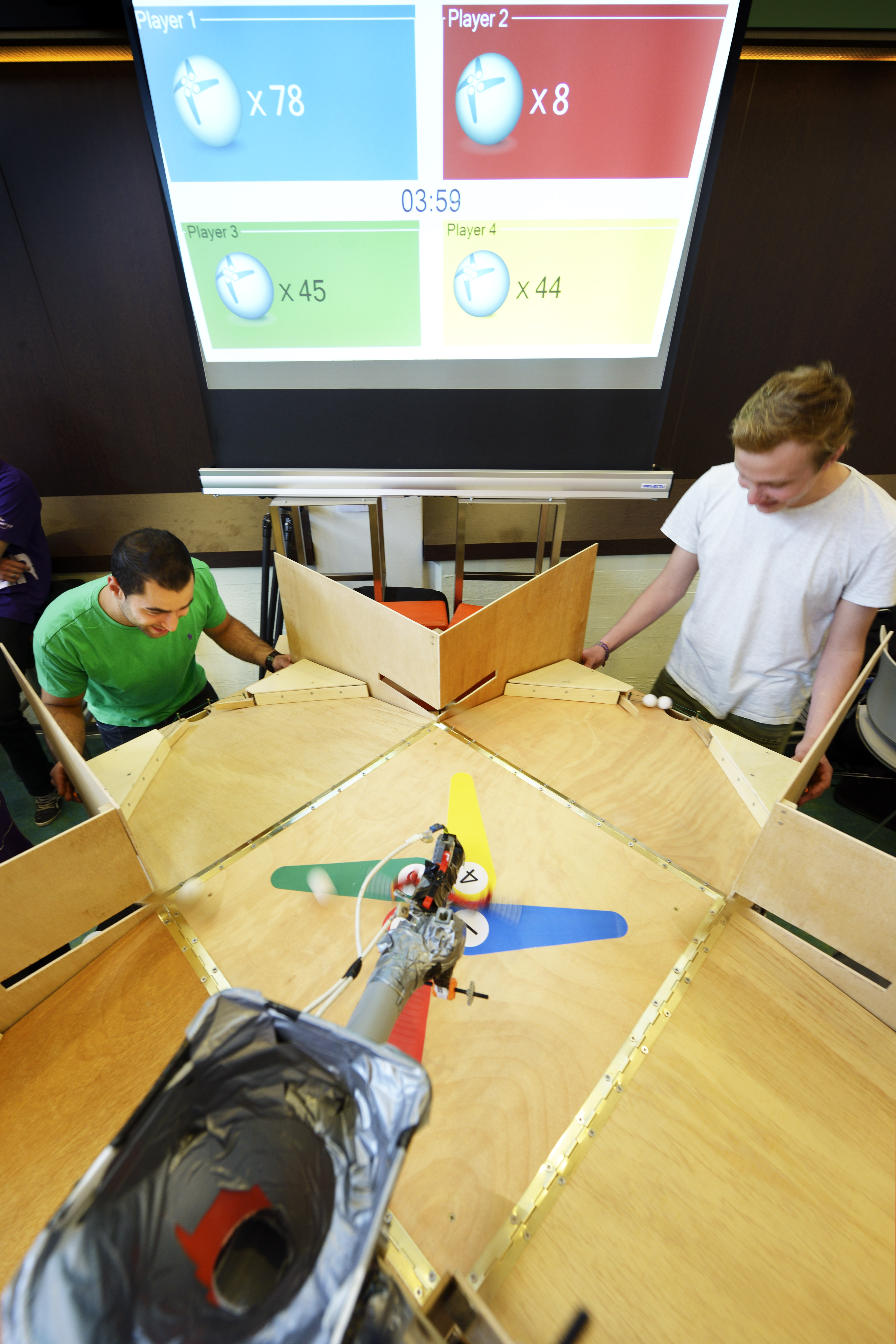